How Would We Enforce New Abortion Laws?

With the changes that have taken place owing to the election of President Donald Trump, it is not inconceivable that prohibition, or major restrictions, on abortions may ensue in the next few years. Several possible scenarios come to mind.

If the nomination of Neal Gorsuch for the Supreme Court is approved, and a significant test case calling into question the validity of Roe v. Wade enters into the Court’s roster, the 1973 decision might be reversed. By default, although it was never legislated, Roe v. Wade became the “law of the land.” Contrary to what most people think, many Supreme Court decisions have been overruled or revised. Obergefell v. Hodges (2015) overturned Baker v. Nelson (1972), which had left the status of same-sex marriages in question. So some future case might be the catalyst for overruling Roe v. Wade’s application of the “right to privacy” to abortion.

Or (depending on his pro-life commitment), President Trump might resurrect one of Lincoln’s maneuvers. After Dred Scott (1857) established the protection of slavery as the “law of the land,” Lincoln and the Republican Congress engineered the passing of the 13th and 14th Amendments to make the abolition of slavery crystal clear.

Similar efforts have been made in recent decades to add a personhood amendment to the Constitution, recognizing unborn humans as legal persons. Twelve states introduced such initiatives in 2015, but they were rejected by voters or invalidated by state judicial systems. Under the present administration, such initiatives may be more successful. Less revolutionary amendments are under consideration restricting abortions when there is a beating heart or ability to feel pain.

Another new movement – bolstering states’ rights in decisions regarding abortion and other issues – is gaining some momentum, and proposes the following amendment to the Constitution:

Besides initiatives by the White House and States, Congress could move to follow the present practice of almost all European countries – restricting abortion almost exclusively to the first trimester. This would have the beneficent effect of removing the United States from near the top of the list of the most liberal abortion-permissive countries in the world.

Recent polls indicate that some major changes of these kinds are possible. Most Gallup surveys in the past few decades show that about 70 percent of both men and women believe abortion should either be completely prohibited or legal only under certain circumstances. The “circumstances” most often cited, of course, are cases of rape, incest, or danger to the mother’s life.

But even if laws were passed, would they be enforceable? 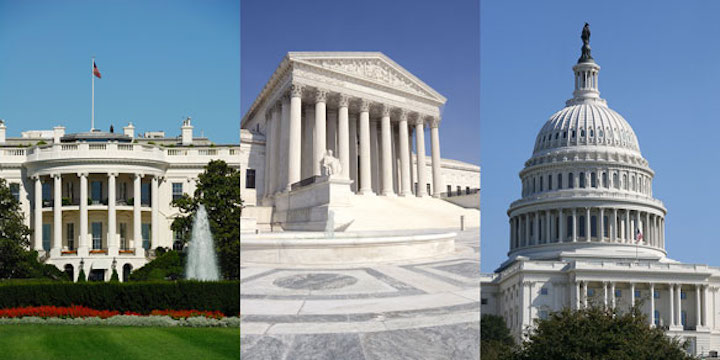 When Griswold v. Connecticut (regarding state laws against contraception) came before the Supreme Court in 1965, a Justice who opposed contraception might have considered the impossibility of investigating private practices, and enforcing such laws, and may for that reason have decided to join the majority in nullifying such laws. If the Supreme Court in Lawrence v. Texas (2004) had decided in favor of sodomy laws, would the law have been enforceable? States that have decriminalized the use of marijuana have faced similar questions.

These are obviously “pragmatic” considerations, but relevant to making civil laws. St. Thomas Aquinas and St. Augustine agree that in some social situations civil laws could tolerate prostitution just to avoid the turmoil that might result from attempts at enforcement. And, of course, we have the graphic example of the 18th Amendment to the Constitution in 1920 banning the sale of alcoholic liquors, and the subsequent 21st Amendment repealing it because of unenforceability.

The difference here, of course, is that we are dealing with the subject of terminating a human life. A serious crime. In the moral sense, we are talking about murder – and with the earmarks of torture, if you consider the gruesome procedures used in second- and third-trimester abortions. Can it really be put in the category of “private murder” – like suicide – over which government and laws can have no jurisdiction? This, in effect, is what we are doing with our current carte blanche for “elective abortion.”

In the 18th century, the philosopher Immanuel Kant, a product of the Enlightenment, proposed that with the proper type of “republican” government, it would be possible to control even “a nation of devils,” if they know what’s good for them. But this sort of idealism cannot survive contact with reality.

Clearly, the reaction to any of the scenarios discussed above would be massive protests that would make the recent D.C. Women’s March look like an afternoon tea. There would be a return to underground abortion, and brutal pressure on police and public officials to look the other way – since Roe v. Wade, although not a law, has had the effect nationwide of granting a new universal “right.” It’s good to start thinking about such challenges well in advance.

Enforcement challenges, however, are not the biggest problem. Behind the scenes, but pervasive, and all but unnoticed by president, pope, or pundit, is the specter of contraception. The almost universal acceptance of contraception implies the right to sex without procreation. A legal injunction prohibiting abortion would be the most conspicuous denial of this “absolute” right. Abortion is the ultimate backup for contraception.

I suggested in a previous column that one alternative is publicly cultivating the view that adoption is a more moral and humane response to unexpected pregnancies. We need a concrete counterbalance to the “quick-disposal” approach that characterizes most abortions.

In any case, pro-lifers need – and the sooner the better – to start doing some tough-minded and creative thinking about how new abortion laws would be enacted and enforced in the present cultural climate. And how to change our culture of death.