A Flight into Reality

The recent death of Christopher Tolkien at the age of ninety-five occasioned an article from The Guardian defending his father J. R. R. Tolkien, easily the most famous scholar of the Middle Ages in the last hundred years, and the author of what the British public have rated as the greatest novel in English, The Lord of the Rings.

The reason for the defense was a charge, coming from Edmund Wilson and others, that Tolkien wrote juvenile garbage.  Wilson, an atheist man of the left, who once said that the best thing that America had to offer to Western Europe was the clean and well-flushing bathroom, was not in the best position to assess the work of someone whose literary tastes ran to Beowulf, the Norse sagas, and Scripture.

The defense, though, was almost as troubling as Wilson’s attack.  Tolkien, we are told, used fantasy as a way of escape from the grim and sooty England of the First World War and its aftermath.  While others were drinking whisky and traveling to Berlin and Vienna for perversions, Tolkien, I guess, was sailing in the mind to Denmark and Heorot, or was walking the long way to the All-thing with the aged Njal.

In some sense that is true, but it is not enough.  Nowhere to be found was the Catholic faith that inspired him.  It is as if you were to speak about the music of Bach, without ever exploring what caused the man’s soul to soar with devotion – as if Bach’s sacred music were merely secular.  It is as if you were to go Chartres Cathedral and not look at the stained-glass windows, or as if you did look at the windows but only for patterns of colors, rather than for anything portrayed there.  Michelangelo’s David is not just a naked youth. I believe that Tolkien found in the Middle Ages something of what another Catholic novelist, Sigrid Undset, found there.  The Norway of Kristin Lavransdatter and The Master of Hestviken is Christian, but only rather recently evangelized, so that many of the old pagan ways remain: the blood feuds, the superstitions, the placement of personal loyalty above one’s loyalty to God.

The Denmark of Beowulf has not yet been evangelized, though the poet is a Christian monk, and therefore the poem itself, and consciously so, trembles upon the brink of light breaking into the gloom.  The Iceland of Njal’s Saga is placed in the historical time of the first missionaries to arrive there, and the conversion of the country to Christianity in 999 A.D.

It was not, then, a fully Christian world that either Undset or Tolkien looked back upon, but a world that was going to become Christian, or that was still in the way of becoming so, and this backward look was more than escapist and sentimental.  For the problem facing the West, as they saw it, was what to do with a world that had lost its faith, and was trading upon and depleting the heritage of that faith.

Undset’s response, in those novels set in medieval Norway, but also in the modern conversion novels The Wild Orchid and The Burning Bush, in her biographies of Catherine of Siena and of Scandinavian saints, and in her autobiographical Return to the Future, was to go back in chastened humility to that actual medieval world, to learn lessons from it, and to catch fire from its fire.

Tolkien’s response was more radical still.  It was a full-blown example of what he called “subcreation,” whereby man the artist fashions a whole world of the imagination, not for its own sake, but to honor and to imitate the creation that God has given us and to enter more deeply into that creation, entering it with all the imaginative power of someone on a quest of discovery, which is also a homecoming. 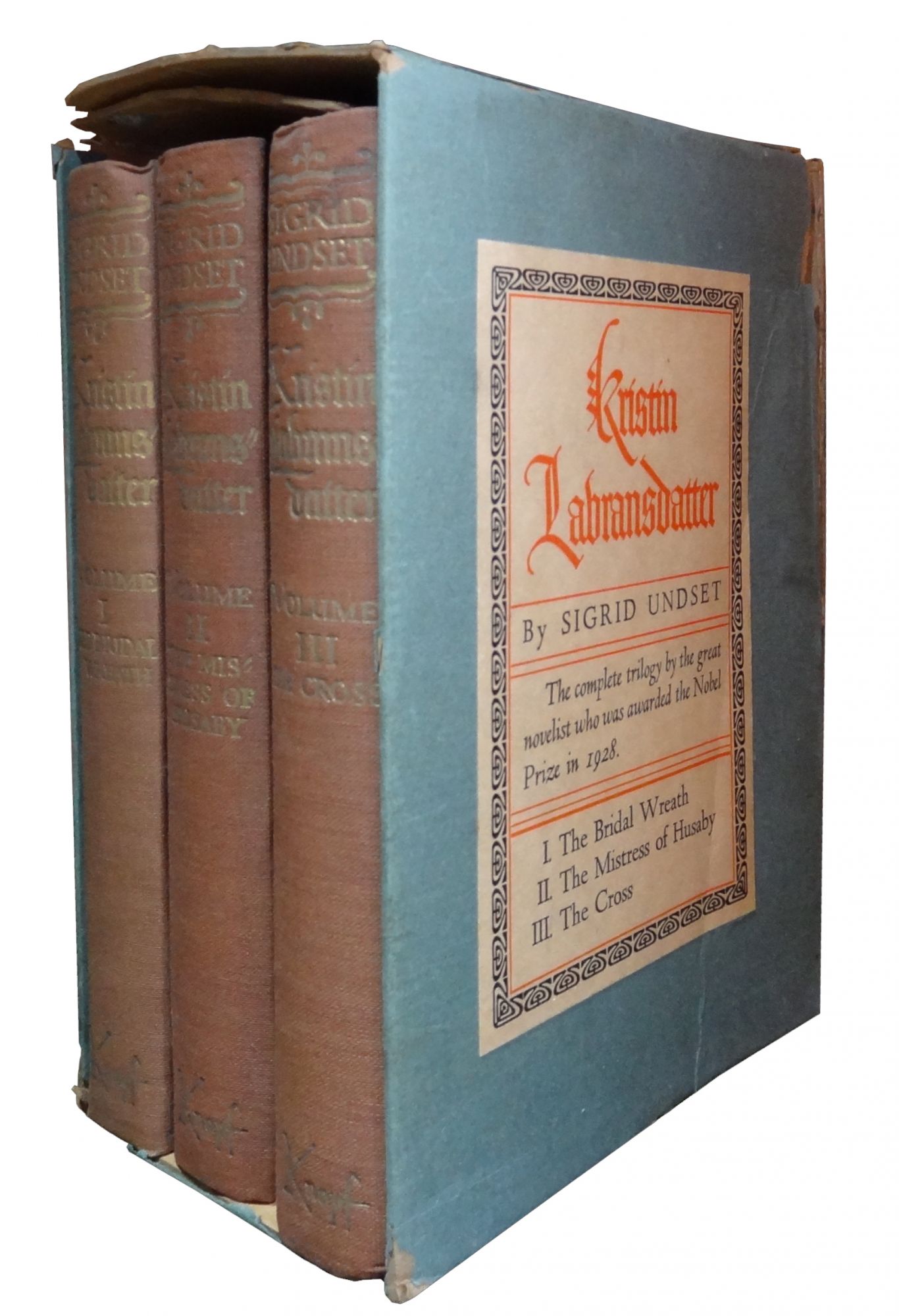 We call it “fantasy” for want of a better word, but that is misleading.  We cannot create.  If we attempt to create, as does Melkor in The Silmarillion, we end up with little more than loud and flashy self-advertisements, or caricatures or corruptions of what God has created.  We can sub-create: create, as it were, in the light of what is created, and then our works can express truths hidden from the foundations of the world.

That is what Tolkien was doing.  It is not what he disparaged as allegory, a non-world to be discarded once you have applied the decoder ring to the characters and motifs.  The elven lembas, the waybread, is neither the Eucharist nor a symbol of the Eucharist, even though waybread is an Englishing of the Latin viaticum: food for the way.

Yet there would be no lembas in Middle-Earth had there not been the Eucharist in this world, and the imaginary bread should make us ponder upon the reality.  The halfling hobbits are not the little children whom Jesus welcomed into his arms, or the things of nought that God in his providence employs to bring to nought the things that are, or the stone which the builders rejected, or the nearly overlooked young David in the fields, or the Nazareth from which nothing notable ever comes, but again those imaginary creatures, who like us are capax Dei and capax universi, should shed light upon what we ourselves are, and what our world is or might be.

The fantasy of Tolkien, then, is a flight into reality, when we spend most of our time running away from it.  We are beguiled into truth, but not as an allegorist may fool us with symbols for a while.  We enter Middle-Earth neither knowing nor caring overmuch where it will lead us, but because it is a real world, observing the real and unalterable moral laws of the created order, it leads us into our own world through the hobbit-holes and dwarf-hewn tunnels and eagle-flights of Tolkien’s imagination.

It is a real world too, as only the greatest worlds of art can be real.