Marriage in a World of Illusions

Perhaps we could make a distinction between things people don’t understand, and things they don’t want to understand.

Allow me to challenge the current conventional wisdom. The nature of marriage, Christ’s teaching on marriage, and the requirements of the Catholic Church in this matter, are not beyond the intellectual reach of half the population. I have a lower opinion than most of the “average intelligence,” but in this case I think that I can see bottom.

Here I am going to get personal, to my own cost. My own marriage (just the one) disintegrated many years ago. It wouldn’t be fair for me to go into the reasons why, in a public forum. Suffice to say I would require hallucinogens to believe that my estranged wife bore all the fault. (Wrath can provide a kind of hallucinogen.)

Twice, I nearly applied for an “annulment.” Twice, I have thought again.

Two fine boys came out of that union, now “all growed.” The younger is Down’s syndrome. The occasion of his entry into the world provided, in itself, a proof that a marriage must have taken place, if only in an Anglican church. Both his parents were committed, in principle, to keeping the little guy, even if he’d had eight legs and five eyes.

First, because it showed a comprehension of marriage, even under some stress. One does not abandon children – defining “abandonment” broadly to include killing them off. The abortion rate may continue high, but the proportion of those who think abortion a good thing is low. One may witness intellectual contortions in the justification of it; and horror in the tabloids when a child is found abandoned. People look at their baby and know not to kill it, or throw it away.

The mere idea of an orphan still evokes pity, for before we have “objectified” ourselves, we have empathized with the child. We can even understand grown orphans searching obsessively for their “birth mothers” and “birth fathers.” We know they are searching also for themselves.

Second, this child, who is not Einstein, himself perfectly comprehended marriage before he was even seven years old. It was conveyed in the heart-wrenching words, “We are family.” Or in the playground where I took him, and he would (to my embarrassment) walk up to a total stranger and declare, “That’s my dad!”

And by the time he was twelve, and his parents were visibly splitting – in the moments before I lost my home – he pleaded with me.

“But dad, you married mom.” These are words I carry heavily to the grave. For he understood the term perfectly.

Perhaps the very simplicity of the child contributed to his clarity in these matters. 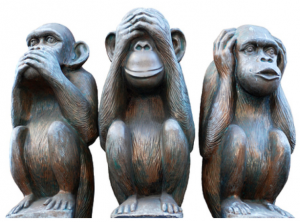 Mediaeval peasants had, so far as we can see, no trouble understanding marriage. The genuinely poor of Asia and Africa get it, as I have witnessed with my own eyes. It takes considerable, post-modern, intellectual sophistication to be unable to grasp what a family is, as a permanent and fertile institution, founded on woman and man.

An “institution” different in kind from a limited liability company, and prior (in logic and in time) to any law of contract. So prior, it seems to me, as to be self-evident, and self-explanatory, and comprehensible since Adam and Eve. It crosses all cultures, and even in primitive customs of polygamy, the themes are retained of procreation, and inheritance.

In this space and elsewhere, I have insisted that there are two kinds of sophistry – and good reasons why the second is seldom examined. We pretend to know what we do not know; but such pretensions are easy to expose, and we know ourselves that we are lying or posing. More destructively, we also pretend not to know what we do know.

We live, most will agree, in an “age of anxiety,” and are anxious enough to wonder at the underlying cause. To my mind, a refusal to acknowledge quite obvious things is at the root. We are trying to live “as if” certain truths weren’t true, even as if certain words did not mean what they have always meant.

Denial of this sort takes a lot of energy. It exhausts people much more than sitting in a cubicle all day with a keyboard and a screen, or most other ways people make a living. They come home at the end of the day not physically tired but emotionally wasted. It takes years of work to forget why.

Family life is too much for us, under current conditions. It is too real. We are surrounded by unreal options, from office affairs to video games, to every other kind of escapism. Like those orphans, but in reverse, we run away from everyone as part of running away from ourselves. The encounter with reality is too much for us.

When churchmen, imprudent if well meaning, say that half the marriages are invalid – whether in the diocese of Buenos Aires, or in my own of Toronto – I “know what they mean.” But if it is half, it is more than half, and we might as well abrogate everybody’s marriage, then refuse to start over.

Why not streamline the process even more, with a mass mailing of Declarations of Nullity for all. Then if we are honest we will refuse to marry or re-marry any living souls. For we are dealing with a race that is so perverse, they claim not to know what marriage is.

I am referring, of course, to humankind, the “fantastic race,” as Jonathan Swift accurately called them. He did not mean this in our newer sense of “marvellous” and “outstanding,” but in the older sense of “crazy,” batfeathers insane.

The Church has the task of resisting these phantasms, this “false consciousness” that humans need little excuse to fall into, the “sin” that guides our actions when we come off our own rails. Her job is not to accommodate the illusions.